Send us a Message or Call Us

Turkistan city, that located in the middle of the arid steppes of the extreme South of Kazakhstan, is a real gift to the history of the tourism industry.
While neighboring Uzbekistan has a whole bunch of cities on the Great Silk Road with attractions of the appropriate scale and splendor, Kazakhstan has remained aloof from trade routes and does not particularly boast settlements with a long history.

Turkistan is a happy exception. This city with a 1500-year history is now one of the most important centers of the Muslim world pilgrimage sites in Central Asia, and the mausoleum of the sufi poet Khoja Ahmed Yasawi, built by Tamerlane, is also a major tourist place.

The magnificent mausoleum complex of Khoja Ahmed Yasawi is the main culture point of Turkistan.
Built by Timur in honor of this medieval Sufi poet, it occupies a huge rectangle measuring 46 by 65 meters.
In total, there are 36 rooms, including the Central hall, covered with the largest 18-meter diameter brick dome in Central Asia,and the height of the mausoleum in the central part is 44 meters. Inside, you should definitely see a huge ritual water bowl with a diameter of almost 3 meters and weighing two tons, which is made of an alloy of seven metals, and an impressive bronze lamp, cast in 1397, is a gift from Tamerlane to the mausoleum.

Other interesting rooms of the mausoleum are the Grand Palace with the Khan’s throne and scepter, the Small Palace, where the Pantheon of Kazakh khans is located (43 tombstones), the actual tomb of Khoja Ahmed Yasawi, the Small mosque — the main place of prayer, as well as auxiliary extensions-the well and dining room, where preserved ancient stoves, a cauldron, and wooden dishes used by pilgrims to eat. 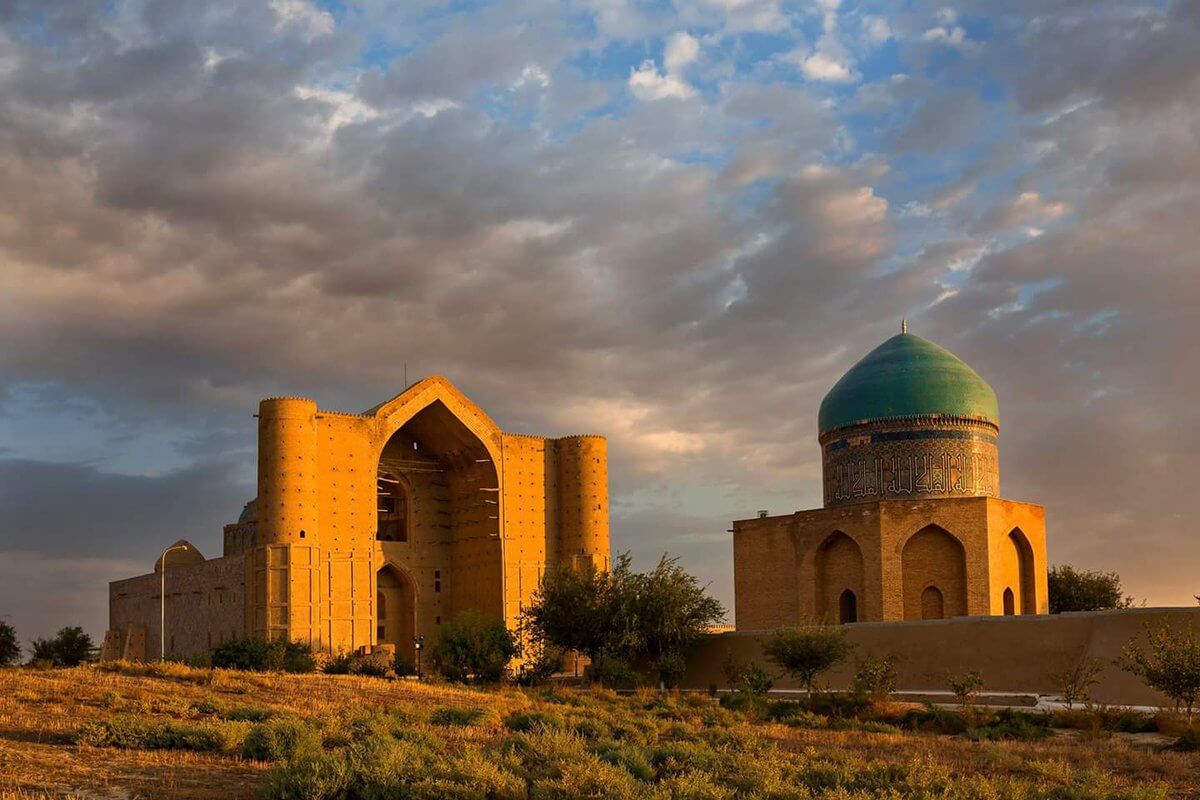 A legend states that Emir Timur ordered the construction of a mosque on the site of Ahmet Yesevi’s grave but all attempts were unsuccessful. Timur was then told in a dream that in order to have success, he should first build a mausoleum over the grave of religious mystic, Arystan Baba.

The mausoleum dates back to the 14th century and is constructed over Arystan Bab’s 12th-century grave, but was reconstructed several times up to the 18th century. In the 18th century the previous mausoleum, which had been destroyed by an earthquake was replaced with a double domed structure supported by two carved wooden columns.Most of the current structure was constructed in the first decade of the 20th century with only the carved wooden pillars, remaining from the original building.

The mausoleum features a large central arch and wide front facade with minarets at the ends and two large domes to the left of the main arch. As well as the two-chambered table-tomb (gurkhana) of Arystan Bab and three of his students, Hermet-Azyra, Karga-Baba and Lashyn-Baba, a mosque and auxiliary quarters and museum are located in the other rooms of the mausoleum. The effect of high groundwater levels led to the mosque being demolished and rebuilt in 1971. A quran showing medieval calligraphy is displayed under glass here. The mausoleum is today a place of pilgrimage.

According to legends, Arystan Bab, a religious mystic, was the recipient of Mohammad’s amanat beads or persimmon pip. When he was in Sayram, he passed these on to the eleven-year-old Khoja Ahmed Yasawi, who then became his pupil.[5] The people treat Arystan Bab as a Saint (Aulie). So every Thursday, pilgrims spend the night at his grave and say prayers. A popular expression is widely spread: “spend the night at Arystan Bab, ask Khoja Ahmed”.[6] According to legends, Arystan Bab lived for over 400 years

In the vicinity of Turkistan, there are also many natural and historical sights that definitely deserve a one-day “outing”.

Nature lovers are invited to visit the Otrar oasis (60 km from Turkistan), on the territory of which one of the most important cities of the Great Silk Road — Otrar-was located in the 9th-12th centuries.

Today you can see the remains of the settlement-the ruins are not well preserved, but the scale of the settlement is really amazing. You can also visit the Karatau nature reserve, located in the Central part of the ridge of the same name, where 15 species of animals listed in the Red Book live. There are a variety of trekking routes in the reserve. 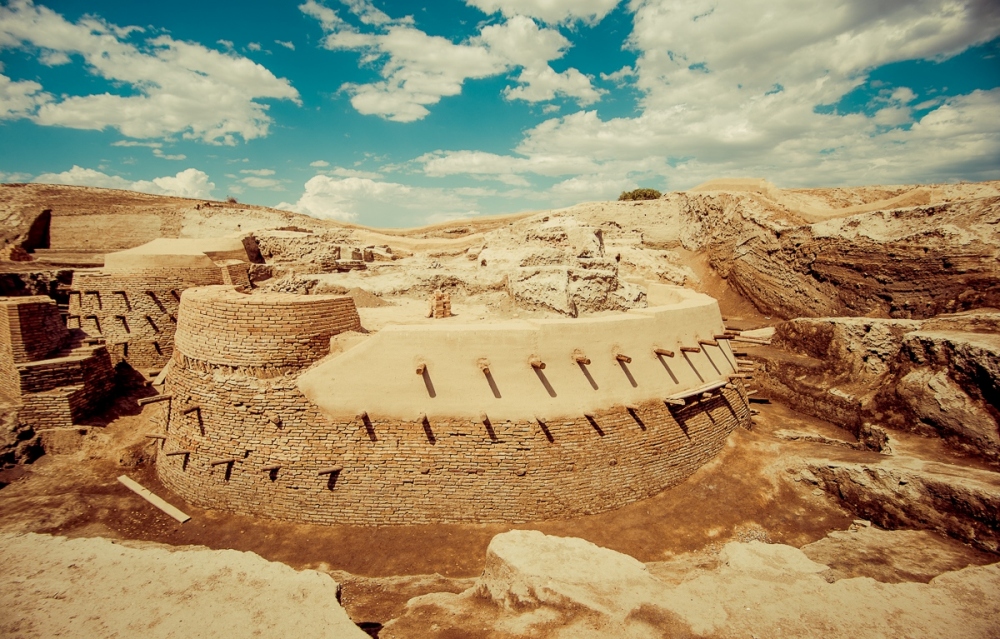